I love the legend behind the name of Four Roses. It began when Paul Jones, Jr., the founder of Four Roses Bourbon, became smitten by the beauty of a Southern Belle. It is said that he sent a proposal to her, and she replied that if her answer were “Yes,” she would wear a corsage of roses on her gown to the upcoming grand ball.

Paul Jones waited for her answer excitedly on the night of the grand ball… when she arrived in her beautiful gown, she wore a corsage of four red roses. He later named his Bourbon “Four Roses” as a symbol of his devout passion for the lovely belle, a passion he thereafter transferred to making his beloved Four Roses Bourbon. 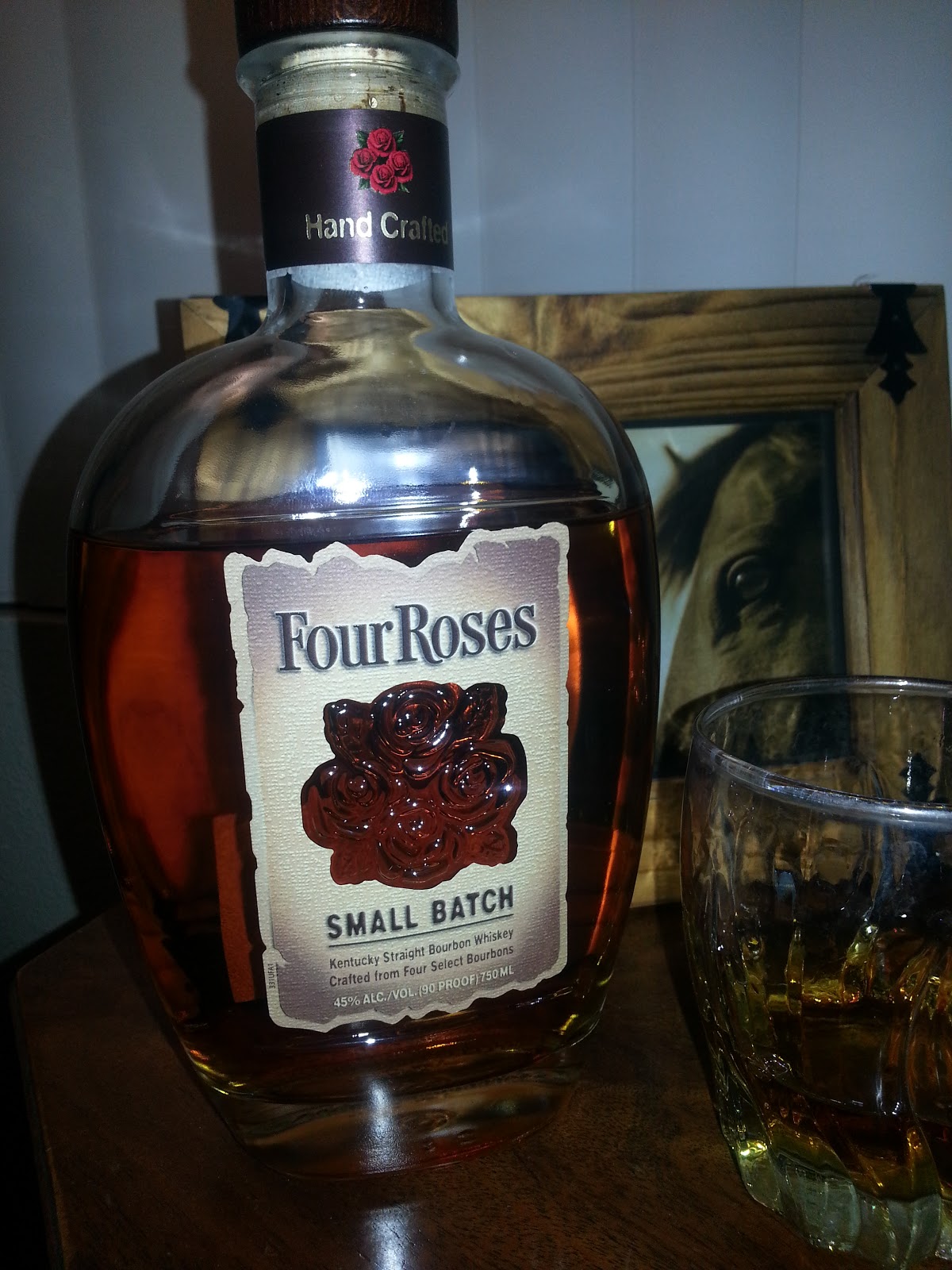 Four Roses Small Batch is a blending of four bourbons from the distillery's 10 recipes. I love the thought that the Master Distiller carefully selects four out of the 10 recipes to blend each small batch. It seems like more "art" than chemistry. Once the blending is complete, the resulting small batch is 90 proof (45% ABV).

I enjoyed my Four Roses Small Batch neat, or with a small splash of water.

This is one of my favorite bourbons because it is complex and still has hints of sweetness. I am glad it was one of the suggested bourbons at Jack Rose that night and it’s definitely worth seeking out.